This is a how-to on making plots like this: 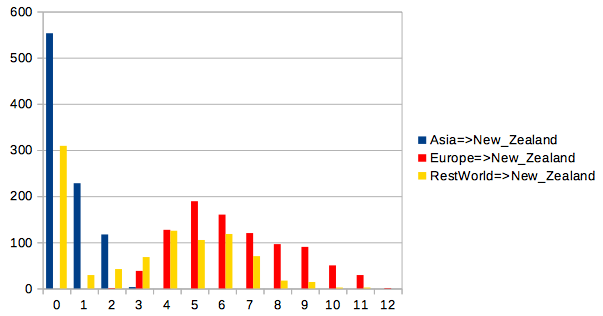 Counting the number of introductions from individual places 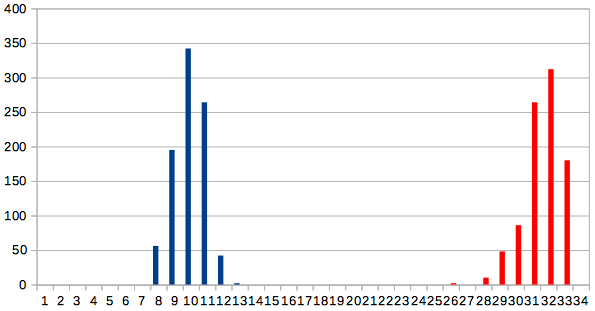 Counting the number of introductions from all other places

Lineages through time being at a particular location

Set up an analysis that stores location/deme information in a tree file, e.g., like a DTA analysis, but Mascot and BDMM analyses or anything else that stores states as meta data should work as well. The tree file should have metadata on the nodes of the form tag=value pairs where tag can be location and value one of the demes under consideration.

StateTransitionCounter is a tool in Babel v0.3.0 (use the package manager to install, or build Babel from source, and install by hand). Once it is installed, you can run it via the File/Launch Apps menu in BEAUti, which then shows a dialog like so: 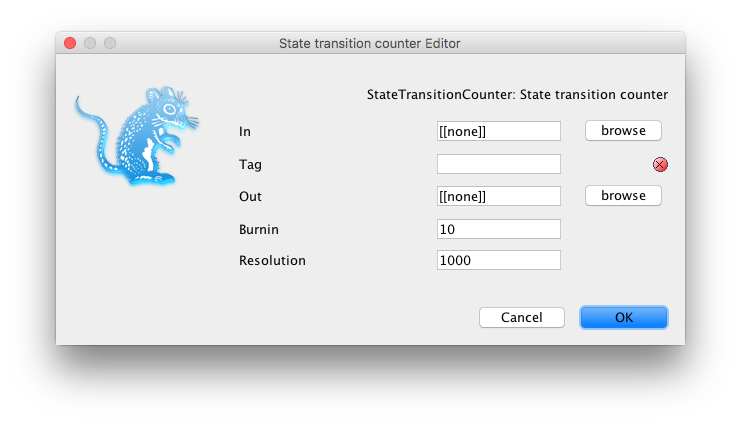 or on a terminal with the applauncer, e.g. like so:

where /path/to/beast the path to where BEAST is installed on your computer.

NB 1. On Windows with BEAST v2.6.2, this should be \path\to\BEAST\bat\applauncher.bar instead of /path/to/beast/bin/applauncher.

NB 2. Note that applauncher allows abbreviating its arguments, so the following should run the same:

StateTransitionCounter counts the number of branches in a tree that have a certain state at the parent and another at the node. It produces a report like so:

In the first table, the first columns represent the state transition with first the parent state and second the node state. The mean column is the mean number observed in the tree set, and 95%Low and 95%Hi are the 2.5% fraction and 97.5% fraction of the distribution (so, not necessarily the 95% HPD).

The third table represents a lineage through time plot, where the first row is the time and the numbers in following rows represent how many branches are in a particular state/location.

The numbers from the table produced by StateTransitionCounter can be manipulated, for example in a spread sheet, and the rows and columns of interest selected from them.

You can then export them as a graph (like the ones at the start of this page), or export to R and apply you favourite transformation on it.

NB To create a bar graph that contains transitions between groups of values, just open the tree file in a text editor and search/replace values. For example, the second graph at the top of the page is from the same tree set as the first, but with value location="Asia", location="RestWorld", and location="Europe" all replaced by location="RestOfWorld".